IDEA’s class of 2019 shattered a record as the largest senior class in IDEA’s history with 1,185 scholars. This year, we had the pleasure of witnessing 15 senior classes announce their college choices during five College Signing Day ceremonies, including inaugural ceremonies in Austin and San Antonio.

More than 700 attendees enjoyed mixing and mingling over dinner in the star-adorned room, bidding on original works of art created by IDEA students, and hearing from IDEA Founders, Tom Torkelson and JoAnn Gama, NBA Legend David Robinson, and three outstanding IDEA students. Kevin Villafranca, IDEABrownsville student who is headed to Georgetown University in the fall, and IDEA Donna alumnus Mauricio Mejia, who is pursuing a degree in the culinary arts at South Texas College, shared their inspiring stories of hard work, perseverance, and Team & Family. IDEA Quest alumnus, Michael Mireles concluded the event. As an IDEA graduate, he spoke of the power of an IDEAeducation that propels him in his current studies at Brown University – and which inspired him to create his own organization, STXi, to share stories and mobilize youth in the Rio Grande Valley.

Thank you to all who came to the Dinner & Auction. Because of you, it was one of our most successful events, having raised more than $630,000 in scholarships for IDEA’s college-bound seniors!

If you couldn’t make the event, you can still support our scholars.

Thank you for being part of IDEA. 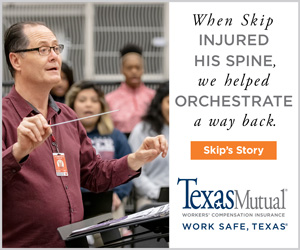